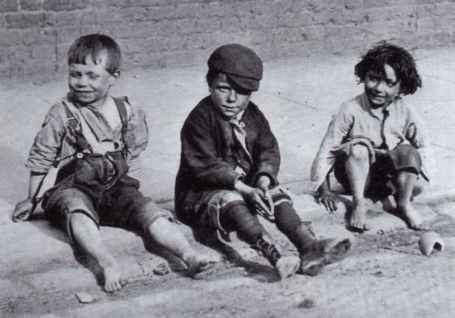 This was originally posted in 2013 just after the death of Margaret Thatcher. Now that the Conservatives have amassed a majority at the General Election, I am re-publishing as the message holds even firmer today.

“In our system, everything is done according to a pyramid approach: the order is given from the top and carried out at the base.”

No, this was not Margaret Thatcher but Jiangwen Qu – professor at Kumming’s Centre for Asian Studies, talking about China. (Taken from China’s Silent Army, Juan Pablo Cardenal and Heriberto Araujo).

He went on to say: “We believe that other countries should follow this model, because if you let everybody give their opinion it is difficult to make decisions.”

Yet, it demonstrates how in our so-called democracy, the top-down theory of decision-making was so faulty. Margaret Thatcher won three general elections because the Labour Party was split between the left-wing (originally led by Michael Foot) and the right, which broke away to form the Social Democrats. In the UK’s ridiculous “first-past-the-post” election system, a party needs only 35-40% of the vote for a substantial majority – that was Margaret Thatcher’s luck. This luck had already been seen in her victory over Edward Heath in the leadership contest in 1975 – although it has to be said that she took full advantage of that luck.

Margaret Thatcher always said that she believed in democracy but made great fortune from its deficiencies. Apart from a rigged election system that gives minor parties full majorities, she did not practice democracy in terms of decision-making. Her cabinet (where the Prime Minister is supposed to be prima inter pares – first amongst peers) was where “the order is given from the top and carried out at the base”. This was her style from the time she became Prime Minister to the time she was thrown out by those who had the substance to rebel after 13 years of her idiosyncratic style of democratic rule.

Within a system such as ours, Margaret Thatcher did not split the country – her support was far less than half the country (usually than 40% of the voting population) and even those that voted for were split between various streams of the Tory party. She fragmented it. Her supporters in 2013 would mainly be found in UKIP today  although she would have still used the Tory Party as it is the only vehicle for power. The split was far worse as it demonstrated that rule of a democratic party would be by just the largest minority and with extreme policies.

Those policies did change the economic landscape that had been moving to rigid control by sclerotic centrist organisations such as Trades unions, Public Sector, old-style corporations and successive governments that had no vision for society.

Thatcher destroyed the comfiness of society in her own terms and put in its place more top-down doctrines around monetarism. Because liberalism had floundered after the first World War, centrist forms such as socialism and corporatism were, it seemed, all that there was left. Even the linking of Liberals and Social Democrats in he 1980’s was to prove a failure of liberalism as the Liberal Party moved towards a centrist European ideal and away from the localism and bias away from the centre that had characterized the party from its inception.

Strong leadership takes advantage of democracy in the UK (and still does) and the trade-off between the two is a constant battle. Where no leadership exists (and this is a story of today) then democracy does not replace it until some form of leadership appears. In the UK, we still have sclerotic centrist organisations that support the status quo and no vision or leadership for the 21st Century that would inspire the change that wealthier and better-educated citizens would aspire to.

There is a massive danger that the completely centrist and statist system operating in China (as quoted in the first paragraph above) will, because of China’s growth and rapid ascendance, come to dominate political thinking the world over. Liberal Democracy is already wilting in western Europe as major decision-making is made by the unelected (in Brussels and for some time in Italy) with nations such as Portugal, Spain, Cyprus and Ireland ruled from the centre (read Germany). This is far away from localism and screams about the loss of Liberalism. The now-disgraced and jailed Chris Huhne remains a fan of the EU and the Euro – not a surprise that his background is social democracy not liberalism.

The 20th Century was a battleground between the forces of darkness epitomized by  extreme Nationalism, Communism and Fascism on one hand and the forces of democracy on the other. Millions lost their lives and millions more suffered in gulags and concentration camps for democracy and the end of extremism.

The 21st Century battleground is more complex as the war between the different political forces of centrist and localism is splintered by the battles for resources and markets (and by the impending battle for climate and conservation) and between north and south and rich and poor and corruptors and corrupted.

Thatcherism knew only Hayek-style liberalism – an understandable reaction against socialism and the fear that fascism was created around that fear. In its place, The Road to Serfdom (Hayek’s best known work and Thatcher’s quasi-bible) postured a place for Government in monetarism and information provision – working to ensure that the market could work through transparent pricing. This was its limit and disregarded the essence of society (although Thatcher did not assert that society did not exist, she might as well) as did Hayek in his complete opposition to anything that wreaked of socialism – even social democracy was something that Hayek viewed as naturally leading to totalitarianism.

The problems that Hayek missed and that Thatcher and Reagan made possible (and that China is already risking) is that while socialism runs everything from the centre, the opposite camp of economic liberalism naturally tends towards a small minority at the top owning all the assets and all the decision-making apparatus. It is clear from the history of the last 30 years that the rich are getting richer while the poor get poorer (in terms of direct wealth and the supporting services offered to them) and that the dynamism needed in society from the other sectors is dying. Margaret Thatcher notoriously believed that there would be a trickle-down effect. That was nonsense and that is now proved.

Worse, a market-led economy which is based around numbers only (with GDP growth as the religion) leads to huge societal dislocations. The NHS is a valid case where management by statistics leads to deaths and the complete abandonment of human character – as evidenced by the maltreatment of the elderly. The opposite system (as in the USA) based on insurance only leads to only the wealthy having good medical services.

Worse, the motivation by quantity alone means that quality of life is abandoned in the drive for more goods. This is the market at work when left to its own devices. The market is driven by the simplest routes to success – numbers. We cannot be solely market-driven even if the market is the best form of driving entrepreneurialism.

People-centricity not Centrism or top-down

Society has experimented with many forms of government and economics. On the latter, we have a general agreement that market-led economics works best, but it is market-led not liberal or libertarian markets. Market-led means that other decision-making mechanisms are relevant wherever the market tends to extremism – such as domination of the market by monopolies or when the rich 1% control all the assets.

In the West, we believe that democracy works best because we all have a stake and are all equal under the law. Huge, developing countries like India and Brazil have similar philosophies but are riven by corruption. China is a centrist “civilization state” which directs from the core and will, at some stage, erupt into democracy. Russia is a centrist state by tradition and a mafia-dominated chaos.

Where we believe in equality under the law, we have to strike balances which Hayek / Thatcher / Reagan economics cannot achieve. This balance has to ensure that the drive is towards the individual but that society steps in to take out excesses. The balance is developed by society – with civil society and civil society organisations strengthened against the powers of the centre wherever they are.

This is far away from a socialist state where assets are owned and / or controlled from the centre and where equalization is the norm. Balance (whatever it is called) rewards entrepreneurship but would not award bankers or managers in the same way. It would not have made the reduction to 45% in the top income tax rate in the UK – whether or not this had been financially sensible in the short-term – as it shows a total disregard to society and the motivation of the great majority of its citizens that are struggling to prosper.

People-centricity and a focus on society using the best of the market and democracy but using brain power and ingenuity as well as technology represent the 21st Century as we struggle against top-down, centrism, climate change, resource degradation and inequality.

It is not what Margaret Thatcher intended as it requires not just the whip but also the driving force of human capability in all areas of society to see beyond the numbers or the desire to control from the top. It is leadership by motivation and inspiration.

With the death of Margaret Thatcher, let’s lay to rest trickle-down economics  along with socialism and fascism.